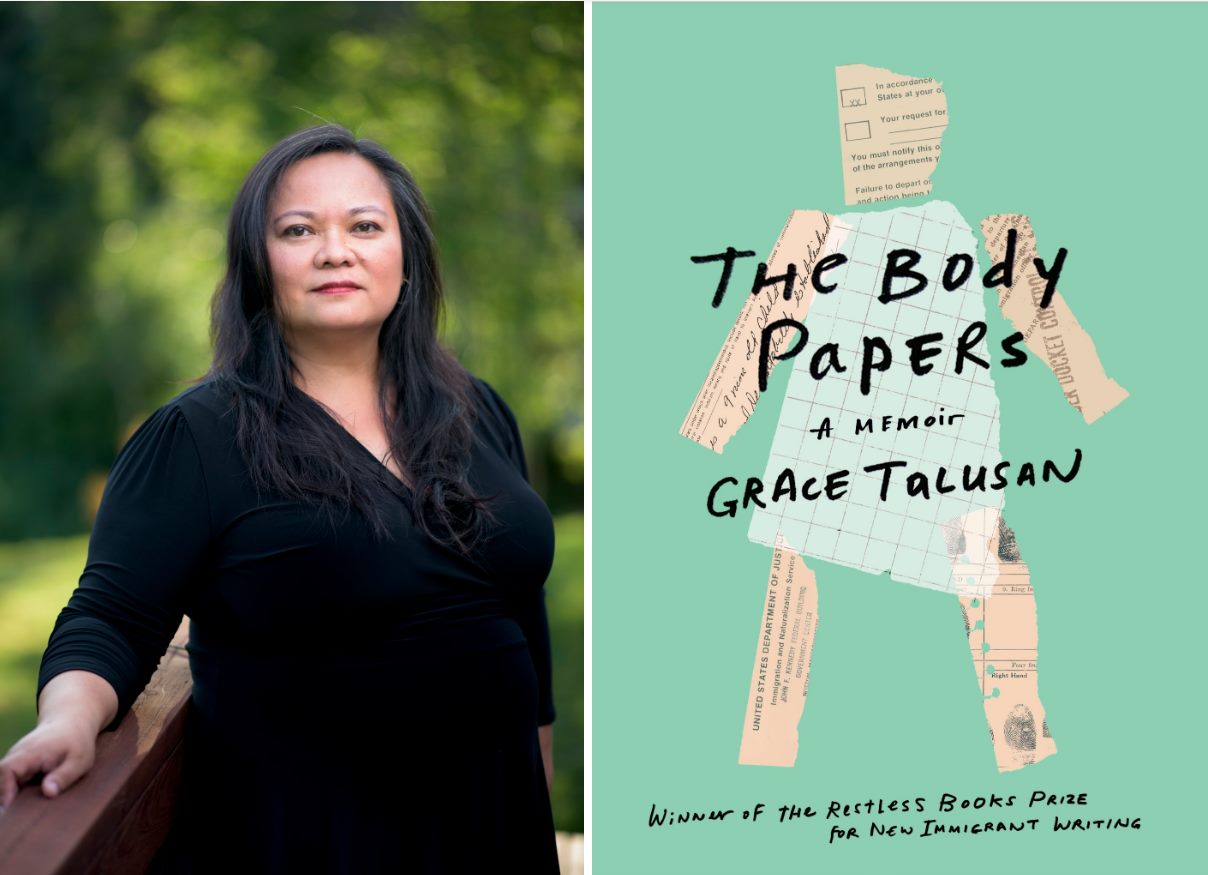 Grace Talusan’s critically acclaimed memoir The Body Papers, a New York Times Editors’ Choice selection, powerfully explores the fraught contours of her own life as a Filipino immigrant and survivor of cancer and childhood abuse.

Born in the Philippines, young Grace Talusan moves with her family to a New England suburb in the 1970s. At school, she confronts racism as one of the few kids with a brown face. At home, the confusion is worse: her grandfather’s nightly visits to her room leave her hurt and terrified, and she learns to build a protective wall of silence that maps onto the larger silence practiced by her Catholic Filipino family. Talusan learns as a teenager that her family’s legal status in the country has always hung by a thread—for a time, they were “illegal.” Family, she’s told, must be put first.

The abuse and trauma Talusan suffers as a child affects all her relationships, her mental health, and her relationship with her own body. Later, she learns that her family history is threaded with violence and abuse. And she discovers another devastating family thread: cancer. In her thirties, Talusan must decide whether to undergo preventive surgeries to remove her breasts and ovaries. Despite all this, she finds love, and success as a teacher. On a fellowship, Talusan and her husband return to the Philippines, where she revisits her family’s ancestral home and tries to reclaim a lost piece of herself.

Not every family legacy is destructive. From her parents, Talusan has learned to tell stories in order to continue. The generosity of spirit and literary acuity of this debut memoir are a testament to her determination and resilience. In excavating such abuse and trauma, and supplementing her story with government documents, medical records, and family photos, Talusan gives voice to unspeakable experience, and shines a light of hope into the darkness.

Grace Talusan was born in the Philippines and raised in New England. She graduated from Tufts University and the MFA Program in Writing at UC Irvine. She is the recipient of a U.S. Fulbright Fellowship to the Philippines and an Artist Fellowship Award from the Massachusetts Cultural Council. Talusan is the Fannie Hurst Writer-in-Residence at Brandeis University. She is a longtime member and teacher at Grub Street. The Body Papers, winner of the Restless Books Prize for New Immigrant Writing, is her first book.

Alden Sajor Marte-Wood specializes in Asian Anglophone and Asian American literatures, Marxist literary criticism, social reproduction theory, political economy, and postcolonial thought. His current book project,”Philippine Reproductive Fictions: Culture and its Gendered Divisions of Labor,” establishes a longue durée continuity between martial law-era crises of social reproduction, the state-sponsored export of care work, the contemporary outsourcing of digital intimacy, and Philippine cultural forms. His writing has appeared in Post45, The Routledge Companion to Literature and Economics, Post Script: Essays in Film and the Humanities, The Journal of Asian American Studies, Asian American Literature: An Encyclopedia for Students, and the Bloomsbury Handbook of Literary and Cultural Theory.